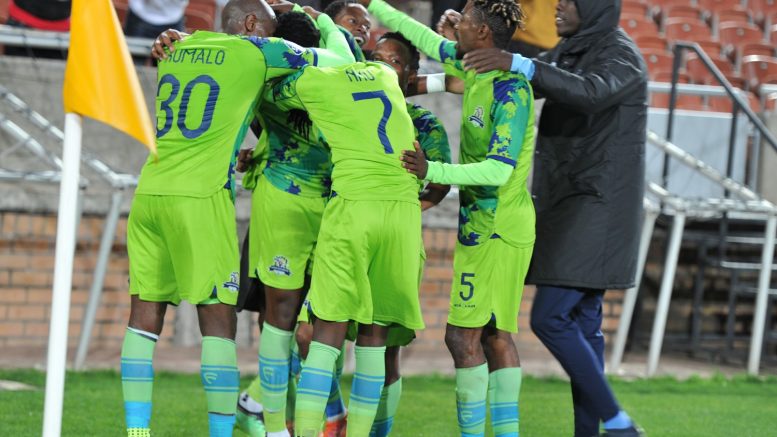 A video of somebody believed to be a member of Bloemfontein Celtic supporters club on social media suggests Marumo Gallants are preparing to relocate from Polokwane to Bloemfontein.

In the video, the man reads what he claims to be an official letter of intent from Gallants chairman Abram Sello.

According to the letter, Sello confirms his intention to relocate his team with the support of the Free State government and also change its name.

“It comes from the Marumo Gallants chairman, he wrote it in English but it is from them to you.

“The above matter has reference, we wish to hereby confirm our solid and firm intention to relocate our DStv Premiership team to your city and province as supported by the provincial government.

“In among others, the following manner: 1. Relocating the entire team to be permanently based in Bloemfontein.

“2. Once the legal and procedural procedures have been concluded, play the remainder of the 2022/23 season matches in Bloemfontein.

“3. Rebrand the team to a Celtic related name for the 2023/24 DStv Premiership season.

“4. And I think this is the most important, we invite the Celtic family and the people of the Free State/Bloemfontein to embrace this dream and walk the road with us.”

Celtic supporters were left dumbfounded when the club’s status was sold to Shauwn Mkhize and renamed Royal AM at the start of last season.

They recently rejected advances by MaMkhize to lure them into rallying behind her club.

Gallants also got into trouble with government officials in Limpopo after they took their game against Kaizer Chiefs away from Polokwane to Rustenburg earlier this season.

Marumo Gallants could not be reached for a comment at the time of publishing this story.

Ramaphosa nominates Justice Molemela for judge president of the SCA