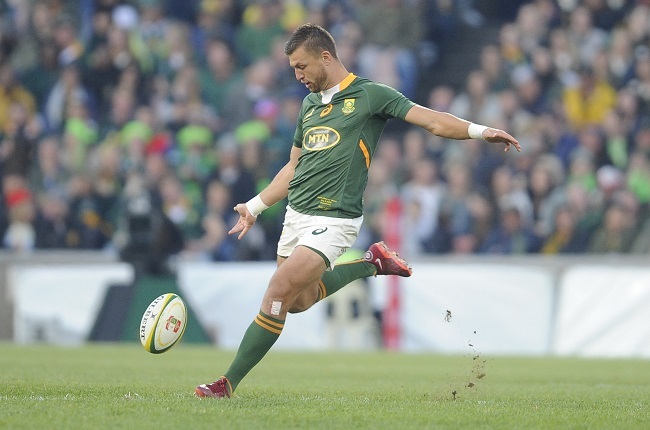 Handre Pollard didn’t envisage being the first Springbok captain to lose a Test against Wales in South Africa and while he looked glum in the aftermath, he insisted he was encouraged by an experimental combination’s performance.

Much of that sentiment is rooted in the fact that the Boks – despite lacking overall experience and cohesion – managed to control proceedings for the best part of 67 minutes before a late Welsh rally ensured a 13-12 victory.

“You’re never going to be satisfied with a loss playing in a Springbok jersey,” said the flyhalf, who stepped up from his vice-captaincy role to deputise for Siya Kolisi.

“But in general, I’m still positive. I think the guys really showed fight and that’s all we can ask for. The result is very disappointing and it will take 24 hours for us to get over it, but then we’ll look at the detail and determine where we could’ve done better.

“We’ll learn and come back better next week. That’s all we can do.”

South Africa did indeed create much of the play at a packed Free State Stadium, which is reflected in several match stats.

The harsh lesson though is that with mere scraps, the Welsh managed to do more.

“The opportunities were there in the first half,” said Pollard.

“That’s definitely something positive. We were able to create. I’m proud. We just weren’t clinical enough in the last minutes.”

“We were regularly in Wales’ half and we definitely didn’t capitalise fully. The final quarter’s indiscipline held us back, but I was still encouraged,” he said.

“You never want to lose. We’re playing for something bigger, our country, our fans and the whole team agrees that we let down an amazing crowd here in Bloemfontein by not winning.

“We came here tonight to try and win the series. We couldn’t but we got some answers. Going into the last game, it’s going to be a final.”