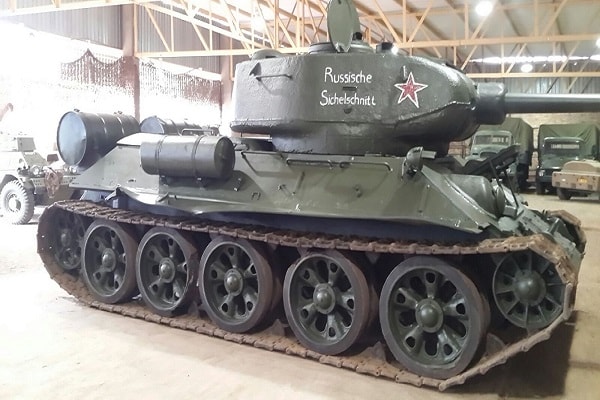 The SA Armour Museum is dedicated to preserving the integrity and the history of the South African Armoured Corps (SAAC), as well as of armour in a broader sense. Its exhibitions include an indoor display and an outdoor display. The idea of instituting a Museum and Research Library for the South African Armoured Corps started as early as 1994 and was officially approved by the Chief of the SA Army on the 12th October 1995. Approval for the use of a historical building located in the lines of the School of Armour Tempe was granted in April 1995. This building houses the indoor displays. Unfortunately however no funds were approved for the museum, although the Department of Public works restored the building. A number of fund raising projects were launched and with donations from various private business and arms manufacturers, funds were raised for the manufacture of a number of showcases and other items. An appeal to all members of the Armoured Corps and other interested persons resulted in a number of different items being donated to the museum. With great success and with the assistance of personnel from the School of Armour the museum was officially opened by the then Chief of the Army Lt Gen Reg Otto, SD, SM, MMM, on the 13th of September 1996 to coincide with the 50th anniversary celebration of the South African Armoured Corps. To date the museum has gone from strength to strength accumulating vast quantities of various items of interest and the collection of numerous armoured tracked, wheeled and other vehicles.