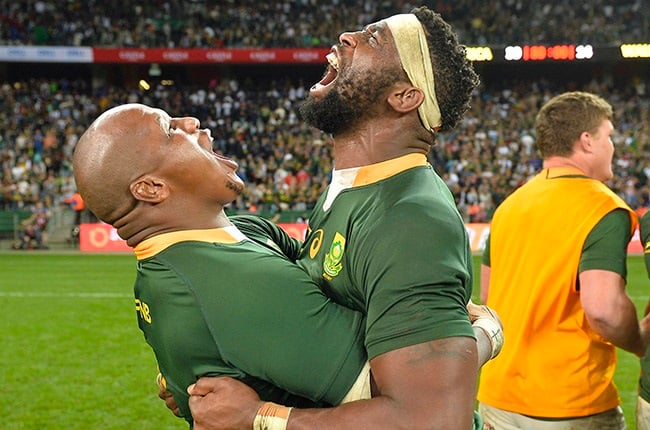 Springbok captain Siya Kolisi, who put in a massive shift in his side’s 30-14 over Wales in Cape Town on Saturday, says his side “had so much to play for” in the third Test.

The Boks had lost to Wales in Bloemfontein the week before with an experimental side that included six debutants, but that in no way diluted the severity of the backlash from the South African rugby public.

The series was tied at 1-1 heading into Saturday’s clash, and while the Boks were not their clinical best, they emptied the tank with an effort rich in passion, commitment and a will to win.

“I thought as a team, we played today. We had so much to play for,” said Kolisi at his post-match press conference.

“A lot of people always have a lot to say, and we want people to engage with us as a team. People are allowed to have an opinion and criticise us as a team because we know they care.

“We had a plan. The whole squad knew what the plan was for the first two games. We want to learn while winning, and it was a pity we didn’t win last week.

“We treated this like a final. Wales are a strong team and they’ve challenged us.”

Kolisi also had a word for former Stormers team-mate and long-time friend, Eben Etzebeth, and hooker Bongi Mbonambi with those players having earned their 100th and 50th Springbok caps, respectively, on Saturday.