Looking for something to do in Bloemfontein? Whether you're a local, new in town or just cruising through we've got loads of great tips and events to offer. Find out what’s on in Bloemfontein with our regularly updated events calendar featuring the best upcoming events in Bloemfontein and the area.

This guide lists events at a glance, showing what’s on each month. See the highlights of What’s On for Bloemfontein, featuring the best of things to do in Bloemfontein – Live Music and Gigs, Family Events, Art & Culture, Food & Drink and much more. Bloemfontein fundraisers and charity events.

Important This Event Calendar is not maintained on a daily basis and some events may have changed dates or are no longer happening. Please double-check the event websites for the most up-to-date information.

At the Cape Town Stadium 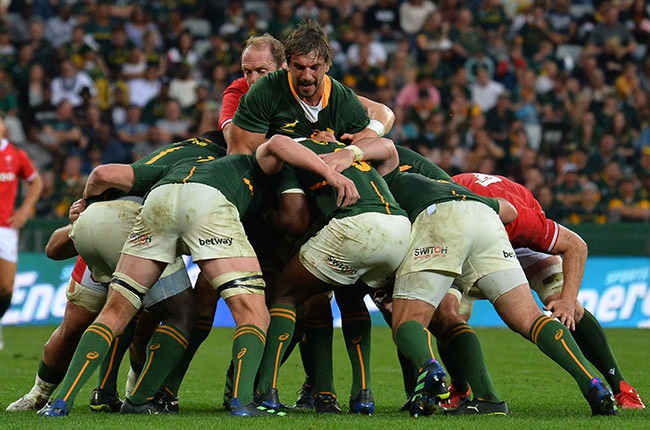 At the Cape Town Stadium

The Springboks threw themselves around Cape Town Stadium on Saturday night, putting bodies on the line and playing with raw passion at times as they manufactured a series-clinching 30-14 win over Wales.

The result means the Boks win the three-match series 2-1.

It was comfortable enough in the end for the hosts, but Wales would not throw in the towel and kept fighting until the very end.

For the Boks, who lost Cheslin Kolbe to an apparent cheekbone injury in the first half, this was a win they desperately needed following the 13-12 defeat they suffered in Bloemfontein two weekends ago.

There is certainly still work to be done, and there were moments of defensive lapses and some questionable decision-making with ball in hand, but the Springboks relied on true grit on this warm Cape Town night in front of an electric crowd.

Nobody typified that courage more than Damian Willemse, who started the match at fullback but shifted to inside centre before sustaining a nasty ankle injury.

With backline options on the bench limited, Willemse played on despite the pain, delivering a classy performance with his aerial contesting a standout.

There had been concern in the week that tickets at Cape Town Stadium hadn’t sold out, but none of that mattered as kick-off approached.

The crowd, filling this iconic venue from top to bottom – 51 347 was the official attendance – for the first time since Covid-19 restrictions have been lifted, roared from start to finish.

That is generally the case when the Springboks are in town, but there was something special in the air this time, and much of it had to do with former Stormers legend Eben Etzebeth returning home to play his 100th Test match.

The 30-year-old giant was visibly emotional as Cape Town honoured a future great of the game, and he was then followed onto the turf by Mbonambi, who was earning his 50th Test cap.

That pair embraced before Etzebeth’s fiance, Anlia van Rensburg, led a rendition of Nkosi sikelel’ Afrika that was as charged as they come.

The South African public had done its bit to rattle the Welsh, and now it was over to the Springboks.

Wales were dealt a double injury blow before kick-off with Gareth Anscombe, the match-winner in the Bloemfontein Test, ruled out before No 8 Taulupe Faletau was also withdrawn.

The Boks, desperate to give a performance worthy of their world championship status, flashed out of the blocks like lightning, hitting the Welsh with everything they had.

The physical battle was always going to be hugely important, and in those early moments, it was South Africa winning them.

Siya Kolisi applies the finishing touch to a brilliant attacking move. Safe to say the management enjoyed that one ??

It was almost the perfect start on the scoreboard, too, when Lukhanyo Am stabbed ahead for Makazole Mapimpi – the 2019 World Cup heroes combining again for what looked to be the opening try.

Replays revealed, however, that Mapimpi was in touch, and Pollard knocked over the kick from the resulting penalty advantage to put the Boks 3-0 up.

The Bok dominance continued and, a few minutes later, Damian de Allende muscled his way towards the line after another relentless period of attack.

This time, with the help of the TMO, De Allende was adjudicated to have been stopped just short, and Wales survived again.

The Boks would get their reward on 14 minutes when, after three successive scrum penalties, Pollard took on the responsibility himself and crashed over from close range.

He converted his own kick, and with scoreboard reading 10-0 to the hosts, it looked like the party was getting started.

Wales though have not gone away all series and they were not about to roll over here either.

With Alun Wyn Jones entering the fray, they immediately lifted a gear and found something from somewhere.

The Boks were guilty of missing routine tackles, and it hurt them as loose forward Tommy Reffell – so good on this tour – scored down the left.

Dan Biggar missed the conversion and had a moan about the state of the Cape Town turf, but his side was back in it at 10-5.

Pieter-Steph du Toit then gave a bizarre penalty away when he played Jones off the ball, and Biggar made no mistake this time to kick his side to 10-8.

Wales were finding their feet, and they had done the hard work to survive a Springbok onslaught that threatened to take the game away from them quickly.

Their defence was sound and they started getting their hands on the ball a bit more.

After a frustrating period, the Boks were next to score after a turnover saw Kolisi make distance down the right flank.

The Boks won a penalty and set up the rolling maul, where Mbonambi went over.

The 17-8 half-time lead was solid enough, but two more Biggar penalties after the restart narrowed it right back down to 17-14.

The Boks just couldn’t get away.

Willemse was struggling, but soldiered on, and after the Boks found themselves camped inside the Welsh 22m area again, it took a captain’s run from Kolisi to get them over the line.

It was a huge moment for the Boks, who managed to swell the lead to 24-14 with Pollard’s conversion and belatedly restore some daylight.

Wales didn’t stop fighting, and they had their opportunities.

The defence was becoming frantic from the Boks, who were flying into tackles and getting themselves into trouble by over-committing at times.

But the hosts scrambled when they needed to, securing a win that will not go down as their most clinical performance ever, but one that was very important in the context of this side’s path to the 2023 World Cup.

Two late Pollard penalties put the game to bed, and the Boks were back to winning ways.

If you have an event, that you would like to be featured on our Events Calendar, please visit Free Event Listing.