Springbok coach Jacques Nienaber doesn’t have a lot of hair to pull out. If he did, he wouldn’t be the first Springbok mentor to be subjected to this painful practice by the Wallabies.

The men from Down Under have found some successful ways to get under South Africa’s skin in rugby union.

The fact that the Springboks went the previous decade with only one win in Australia speaks volumes as to how the Wallabies have made SA’s life miserable over there.

It’s worth remembering that among the four Springbok coaches between 2011 and 2021, only one of them – Heyneke Meyer – came back with a win from Australia.

That said, Sport24 examines the Springbok coaching records against Australia since 1992:

The former Bulls coach took charge of a Bok outfit that individually, wasn’t shabby, but one that was far off the international pace in 1992.

This was evident in what was Australia’s first Test in South Africa in nearly 23 years when they hammered the Boks 26-3 at a wet and muddy Newlands.

Paul Carozza’s brace, along with a David Campese try that was matched with a conversion and three penalties by Michael Lynagh was indicative of the gap between the sides.

The Australians were world champions while the Boks were chumps that were fresh from isolation. Williams never got another chance to coach against Australia again.

The Sharks mentor had plenty of success in Durban, but in what was a colourful Bok coaching tenure, he became, not known at the time, one of only two Bok coaches to win in Australia. He masterminded the 19-12 success at the Sydney Football Stadium.

Australia, however, bounced back to win the last two Tests to record their first series success against the Boks at home since 1965.

Like his predecessor Williams, McIntosh never got another chance to coach against the Wallabies.

The 1995 Springbok World Cup-winning coach won 14 out of 14 Tests, a record that for all intents and purposes, may never be broken.

One of those was the 27-18 triumph over the Wallabies in the opening match of the 1995 Rugby World Cup at Newlands – a win which kick-started SA’s journey to the historic title.

Markgraff was the first Bok coach in what was then the Tri-Nations and in what was a sign of things to come, he couldn’t beat the Wallabies in Australia.

His charges lost in Sydney, but won in Bloemfontein, but never got another tilt due to his controversial exit.

The ‘Prince of Wings’ had one memorable excursion at Loftus Versfeld, one that proved to be his last as Bok coach.

He may have won 61-22 at Loftus Versfeld, but there was the 32-20 defeat at Lang Park that continued the Boks’ dismal run against Australia.

Mallett started so well against Australia, with two wins home and away in 1998, but after a 32-6 loss in Brisbane, things were never the same against the Wallabies.

There was a tense 10-9 win at Newlands, but that’s as good as it got for Mallett, who proceeded to lose his next four fixtures against the Wallabies before his term ended at the end of 2000.

Viljoen’s tenure was short, but unlike several of his predecessors, he wasn’t on the receiving end of a defeat against the Wallabies.

Straeuli had two exciting wins at home at Ellis Park and Newlands but had excoriating experience in Brisbane where both Test matches were lost.

What White did successfully avoid, like most Bok coaches except for Mallett and De Villiers, was a home loss against the Wallabies. 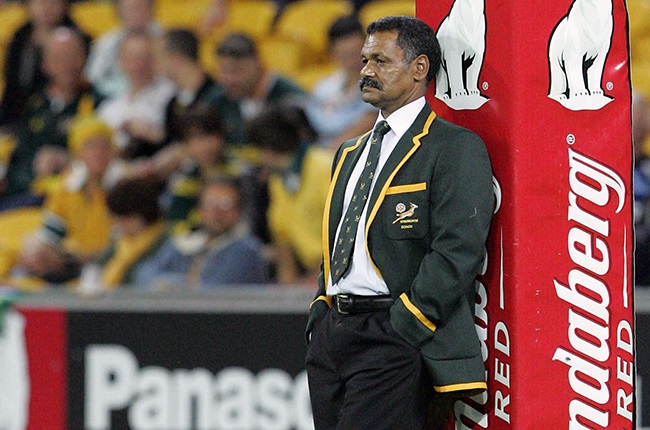 De Villiers’s tenure was a noisily weird one in that while he had the measure of the All Blacks, the Wallabies routinely found ways to embarrass him.

The fact that the Wallabies beat the Springboks three times in South Africa under De Villiers’ guidance was testament to that. Australia broke their eight-year republic hoodoo with a 27-15 win at Kings Park in 2008.

They followed that up with a 41-39 win in Bloemfontein that snapped a 47-year losing streak on the Highveld in 2010.

The Wallabies also won 14-9 win at Kings Park in 2011, before ending De Villiers’ Bok coaching tenure with the highly controversial 11-9 win at the Sky Stadium in Wellington in the 2011 Rugby World Cup quarter-finals.

In all, De Villiers lost three straight games against the Wallabies in 2011, something that never sat well with SA Rugby’s management.

Coetzee had bigger problems than losing to the Wallabies, which he did so twice, while also having two draws against them.

There was one win in 2016, but one that was noticeable for the fact that they didn’t score a try in that 18-10 win at Loftus Versfeld.

Both those wins were in South Africa as Australia again proved to be difficult to dislodge at home, with Brisbane proving to be a Springbok graveyard.