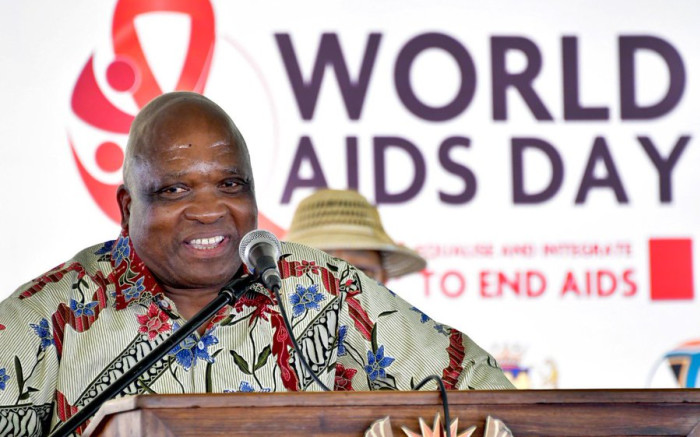 JOHANNESBURG – Health Minister, Joe Phaahla said this year’s World Aids Day is a wake-up call for the country to work harder to eradicate the disease.

According to the Stats SA Mid-year population estimates report, there are approximately 8.5 million adults and children living with HIV/AIDS in South Africa.

Phaahla said the day is also an opportunity to take stock of the progress we have made as a country.

South Africa is a signatory to the Joint United Nations Programme on HIV and AIDS which is committed to eliminating the disease as a public health threat by 2030.

“Our theme for today which is very appropriate, is equalise and integrate to end Aids, because we’re reflecting that the world is still very unequal and as a country, we are still also very unequal. This theme is a wakeup call for us to work harder as a country in order to eradicate Aids as a threat to our lives.”

“This is devastating not only with respect to the sheer numbers of young people affected but it also has an impact on the economy. As this is the age bend that represents a substantial portion of our working population… It is vital that the private sector plays its part against the fight for HIV/Aids.”

#WorldAIDSDay Health Minister, Dr Joe Phaahla, stresses the theme, “ Equalise and Integrate to End AIDS” is a wake-up call for the country to work harder to eradicate AIDS as a threat to our lives. KB